REVIEW: I want to feel what you are feeling with every fibre of my being and then I want you to feel what I feel

Once is an experiment, a fluke or an accident. Repetition is conscious and questioning. Kelvy’s work is interested in the Other and their actions. She is a mimic that seeks truth to know another person’s truth through imitation. Previously she has sought out strangers in public places to secretly observe people’s behaviour in order to duplicate their mannerisms in an honest bid to get inside, within, another’s existence. The simulation of behaviour could be misread as facetious criticism, but the effort of her endeavours and openness of performance suggest an earnest longing to understand why we interact and conduct ourselves in the ways that we do. 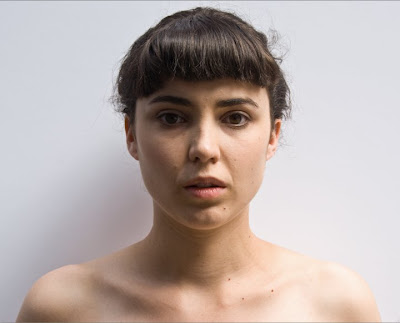 “I want to feel what you are feeling with every fibre of my being and then I want you to feel what I feel” is Kelvy’s first solo exhibition and performance in a public space since completing a Bachelor of Fine Art (Honors) at the Victoria College of the Arts in 2009. Within this work she encourages members of the public to contribute a confession anonymously, which Kelvy will then re-enact back to the audience publicly. Her subjects will still be strangers and safely hidden within a much more undefined crowd that will visit the gallery at different times and on different days. Unlike her previous projects of copying strangers unconscious superfluous, and superficial gesture, here Kelvy seeks to imitate a less tangible experience: a truth or guilt that is secret and personal, unobservable and specific to a single persons history of existence.
Posted by Ace at 1:22 AM