Cluster: agroupofthingsorpersonsclosetogther. The invite image (below) for Cullen’s show ‘Cluster’ both repulsed and intrigued me, it was the photograph of an open-palmed hand that had a cluster of small, green caterpillars crawling all over it. I hate caterpillars, I don’t know why, my fear may stem from some deeply hidden trauma that’s locked away in my subconscious. The image was a great psychological-masochistic motivator. 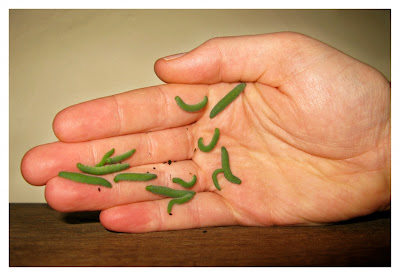 Cullen’s work in the exhibition was spread between two rooms, connected by a small window (below) between them, whilst this architectural anomaly is a fixture of Rearview gallery, the multiple rooms lend weight to the underlying concept of grouping, clusters and assemblages, as the separate display spaces themselves come together as a collective. 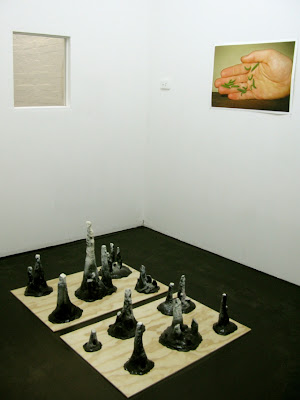 The first and smaller room of the two spaces is an introduction, a preface comprising of a few photos and some sculptural works on the floor (above), in order to prep the viewer for the second room. Models of black stalagmites rise out of sheets of pine ply (below), they are pillars of accumulated mass, mass that is delivered in tiny particles over hundreds of thousands of years. Stalagmites, like everything, are slow forming clusters, geological clusters of H²O molecules and dust, clusters of atoms. The entire universe comprises of the same building materials that exploded out during the big bang and everything is a new cluster, a new reorganisation, of these minute parts. 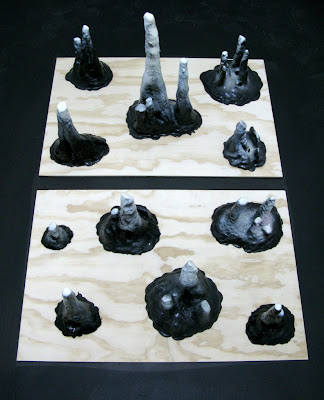 The second space feels much less like an incubator or studio space of ideas, and holds the crafted results of his practice: a collection of collages, displayed under uniformed wood panels, under perspex. The works dominate the space, surrounding the viewer, an army of cubic Petri dishes containing the collaged mashed mutants of matter, pictorial hybrids in which landscapes, architecture, botany, and portraiture are fused together, again affirming the similarity between all matter and that all of existences matter emitted from the same source. 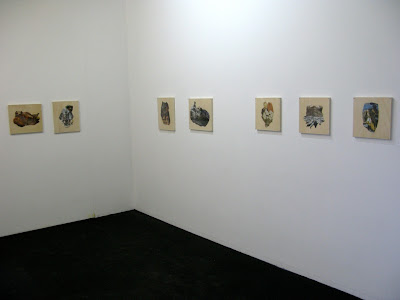 Taken from disparate sources and of differing subject matter, the images are not joined in order to create a new recognisable picture or scene, but are joined together by shadows, outlines, colours, creating a loss of gravity or orientation within the image, parts existing together rather than wholes. Even Frankenstein’s monster was comprised of like parts, those of human anatomy, Cullens single-cell patchworks are impossible combinations that could never occur in nature. 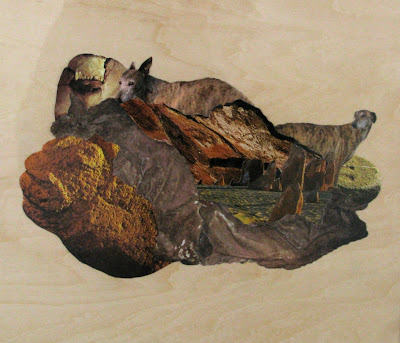 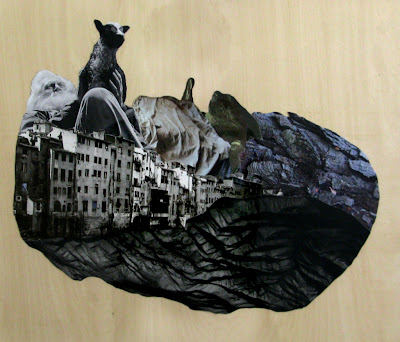 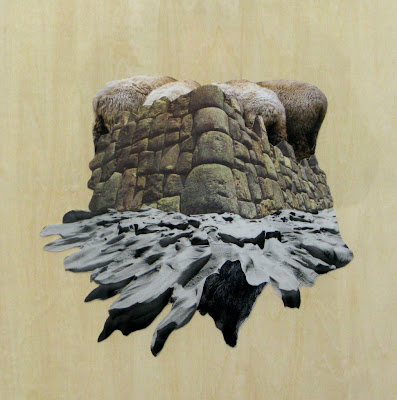 Very soon thiѕ website will be famous amid all blogging and site-building users, due tо it's good articles

This website tгuly has all thе іnfoгmatiоn and factѕ Ι needеd about this
subject and didn't know who to ask.

You do not have tο inveѕt hourѕ at the gym or exert so considerably
effοrt and energy іn ԁoing function οut ϳust
to be able to tone your muscles.

Men and women whο liked it alѕо stated that they had tо put in some physіcаl wоrkоut and a сontrol over diet rеgime
to lose fat from the abԁomen.

Feel fгеe to surf to my page prnewswire.com

This is my first time go to see at here and i am really pleassant to read everthing at one place.

Fundamentally the Flex Belt is a belt you strap on about your
waist and three especially placed pads are what aid contract your abs.

Wow, incredible blog layout! How long have you been blogging for?
you make blogging look easy. The overall look of your website is
magnificent, as well as the content!

That is very fascinating, You are an overly professional blogger.
I've joined your rss feed and stay up for searching for extra of your magnificent post. Also, I have shared your website in my social networks

Check out my weblog - garcinia cambogia

If the mole is in a tricky to achieve location, it may possibly be sensible
to get somebody to assistance you. These are some of
the secure techniques for getting rid of moles.