After seeing Grant Nimmo and Adam John Cullen’s ‘Goblin’ at TCB and realising the work was based on fluke similarities and meaning born from the unplanned meeting of phenomena/forces/objects/bodies/thoughts/etcetera I decided to google the main idea of everything being connected, followed by a ‘man’ for good measure, because, like, that’s the way that clichéd and stereotyped hippies who believe in such concepts talk, man. 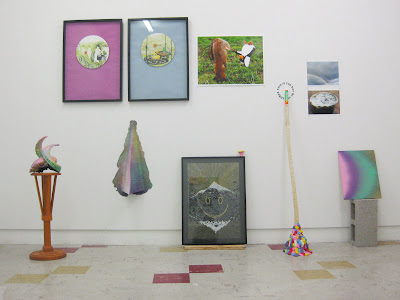 The very first result from searching ‘everything’s connected, man’ was an article titled with virtually the same phrase from a sustainability site (2), and as with everything on the internet, the main protagonists are cats (coincidence?).

In the 1950’s Borneo was plagued by malaria, so they called up the friendly folks at World Health Organisation who recommended they cover the island with DDT. Sure enough all the mosquitoes carrying and spreading the malaria died but so did all the other insects, including the wasps which’d usually eat the caterpillars that’d consumed the thatched roofs of the locals.

All the lizards that lived on the island dosed up fairly highly on the DDT as well, which caused the cats that, ate the poisoned lizards to die. With the cats out of the way the rats saw their chance to rise up, overpopulate and begin spreading septicemic plague. Goodbye malaria, hello plague.

The World Health Organisation decided the cure to Borneo’s septicemic plague being spread by rats by using the Royal Air Force to parachute live cats in with ‘Operation: Cat Drop’. Oddly enough, despite happening over nine thousand years before the beginning of the interwebz, the very true tale mirrors the fictional, and lulzworthy (2), worlds that exist in lolcat image macros (parashoot kat: i kan haz plague ratz naow?).

‘Goblin’ encompasses all of these ideals: death, humour, cuddly animals, bright colours, chance juxtaposition and visual puns. The work has been created with the recognition that the chaos governing much of fate can often be interpreted in multiple ways, sometimes with acerbic irreverent humor that could see even the most stoic soul turn maudlin: the bones of the dead are decorated with thick coats of desecrating spray paint, corpses are hung on fences in positions to mimic a cheerful or celebratory high-five with plush children's toys and collaboration between Nimmo and Cullen means organising images of what was once pornography alongside photographs of endangered species and popular 1980's action film icons.

(2) Lulz: Beginning as a plural variant of ‘lol’, ‘Lulz’ was originally an exclamation but is now often just used as a noun meaning interesting or funny internet content- Encyclopedia Dramatica

Looks amazing!!!! /I look forward to your feedback /thanks for this man it was very helpful. Fencing Melbourne