There is a trio of shows by RMIT students at RMIT’s first site gallery that is worth seeing, and whilst the three exhibitions and artists are separate, the nature of their work and underlying concepts are very complimentary of each other; all of the exhibitions have work which features material metamorphous over time. These similarly themed shows are the result of thorough exhibition planning and programming by First Site’s gallery curator, Simon Pericich. The hard work on his part is much welcomed when a suite of exhibitions like these come along.

Gallery one is occupied by Ara Dolatian and his installation titled ‘perceptual’. The title may come across to some as being a little bit loaded, being a composite of the words ‘concept’ and ‘perception’, and is a little bit misleading in this regard as the work is not about the concepts of perception or any other meeting ground between the two.

Instead, Dolatian has constructed a system in which dyed liquids encased in vessels, slowly and gradually escape their confines, by their own unseen means, along a network of fabric thread by soaking into and along these fibrous pathways.

This in itself is an interesting and colourful experiment but even the structures that have been assembled by Dolation to aid the process and support the lethargic quest are incredible works in their own right.

These stands are quite simple tripods with shelves branching out at different heights, they’re almost multi-layered lecterns, platforms from which spectral information is delivered, oozing out slowly in its own time.

The tripods and the vessels are really exquisite objects also, filled with beautiful small imperfections and character, earnest in their production. The vessels containing the dye are ceramic similes of ye-olde-style milk bottles, cast in white slip, slightly lopsided and irregularly formed. The wooden stands appear to have undergone the lengthy process of being carved by hand, whittled down indiscriminately, judged by the artists discerning eye so that interest can be found in the varying widths and sizes.

This idea of the artists hand in manipulation of medium and the presentation of a materials live metamorphous in front of the viewer as a performance conducted by the object itself, sans-artist, is repeated by Linda Loh in Gallery Two and Skye Kelly in Gallery Three, although there are differences in their approaches to the concept. 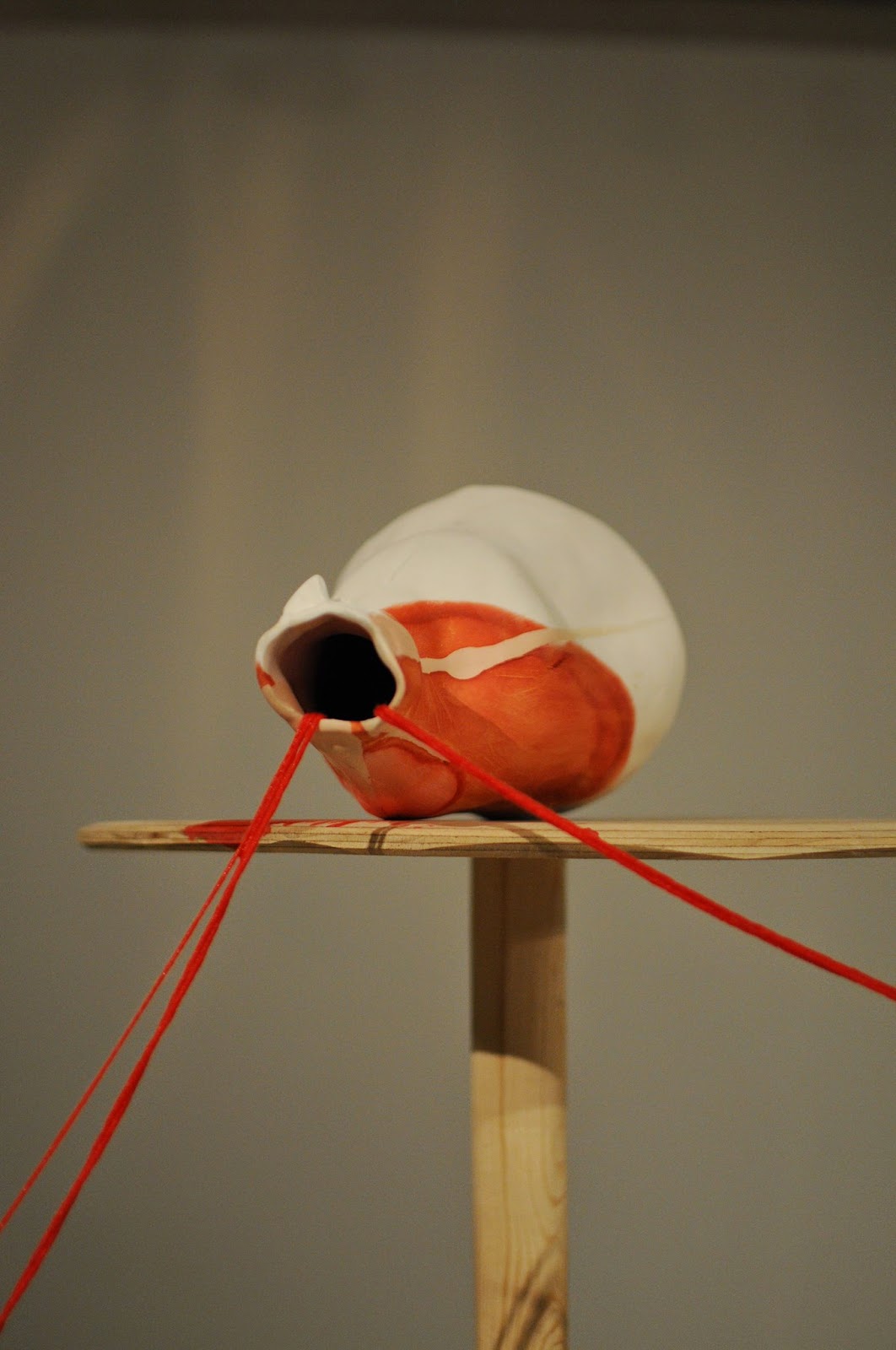 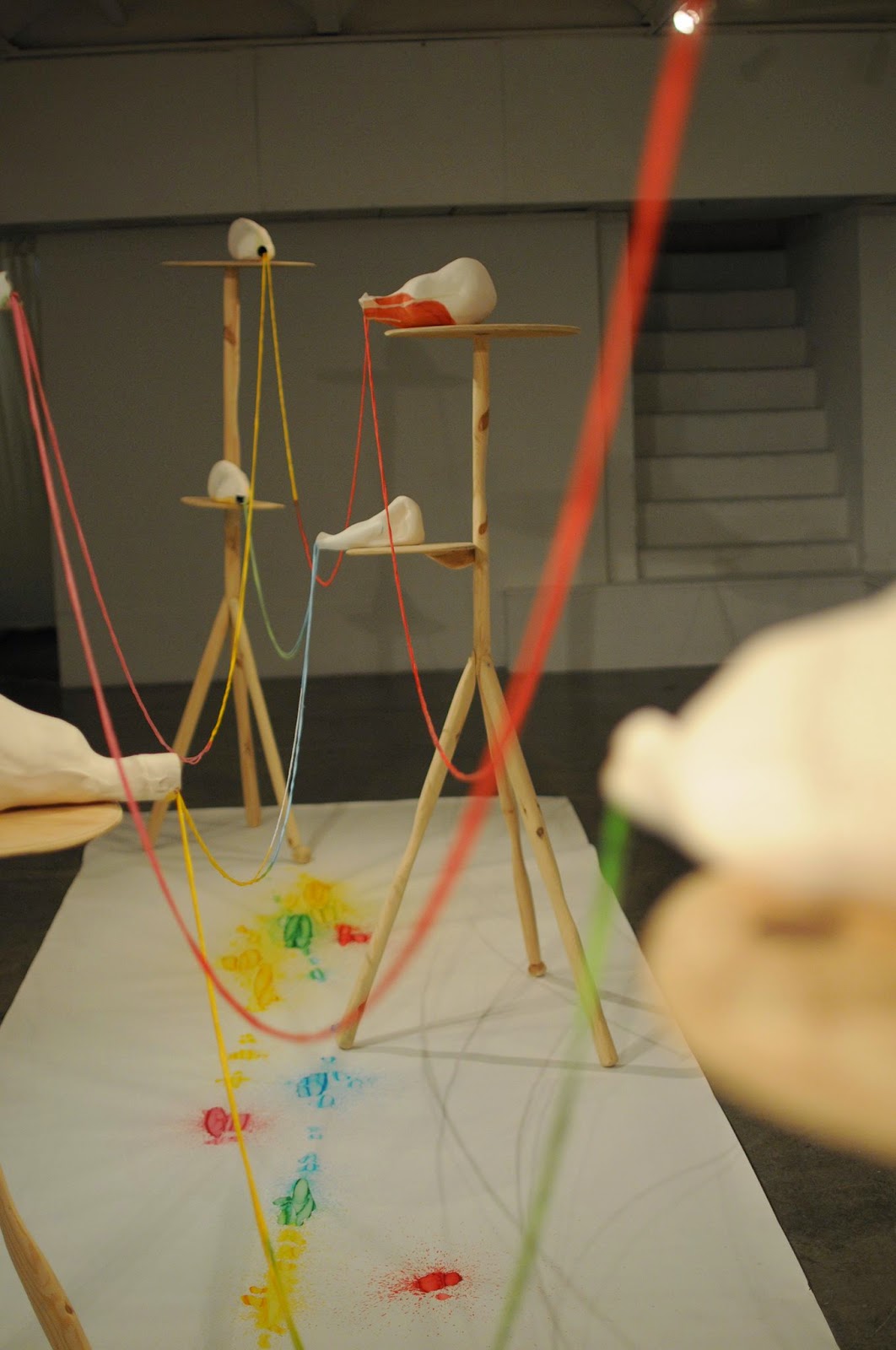 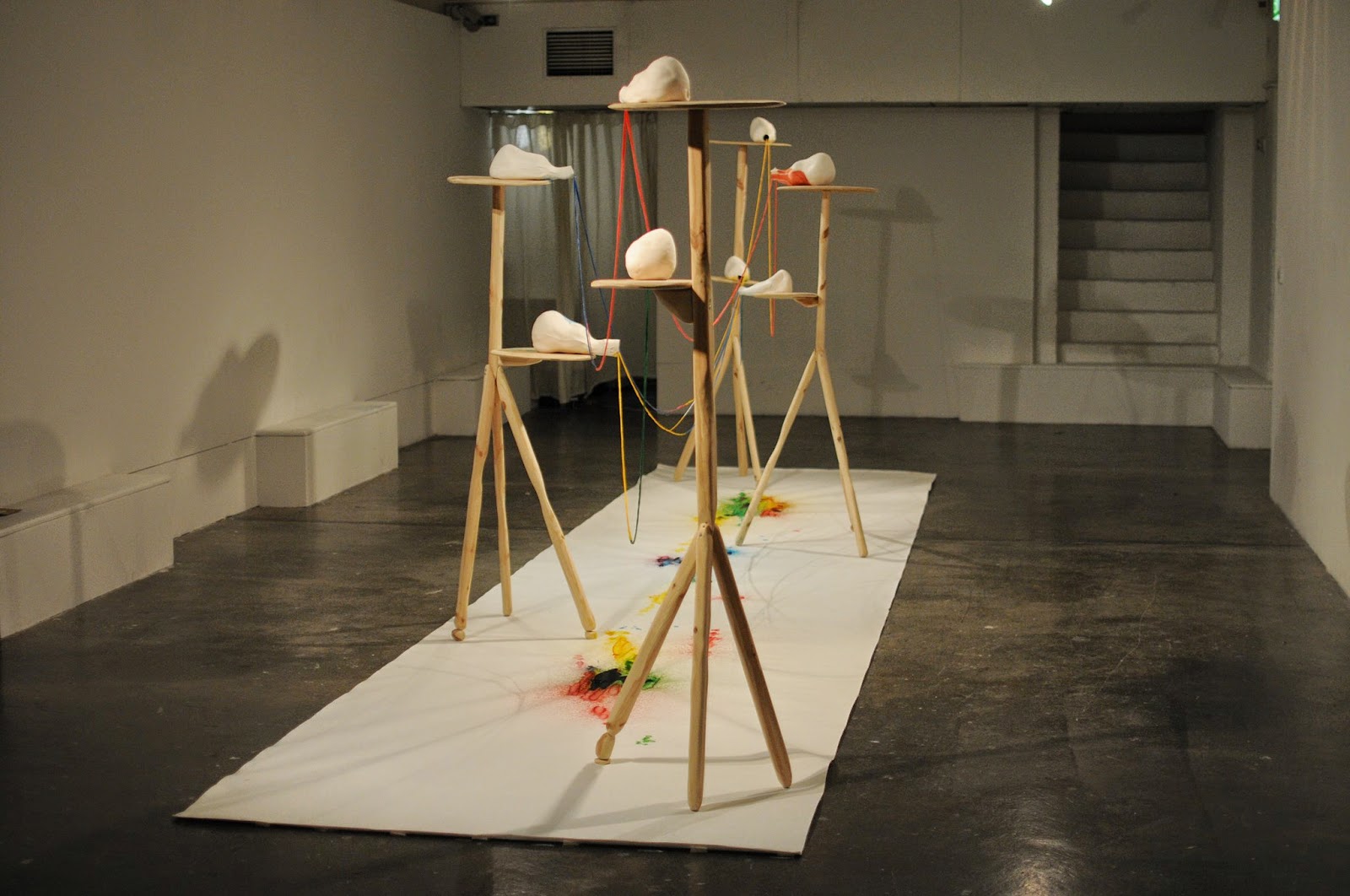 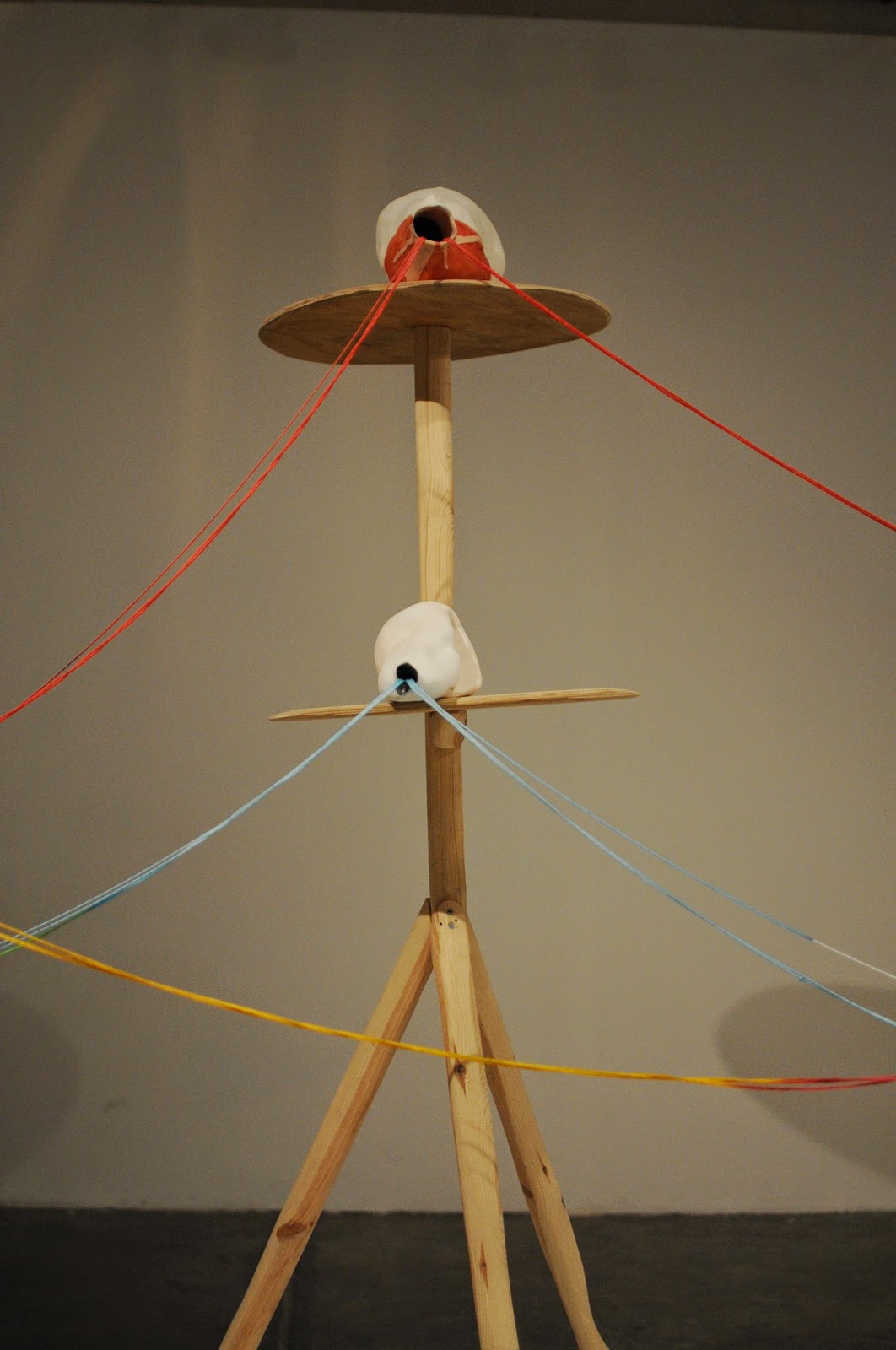 The exhibitions are on till the 18th of September.

http://link.rmit.edu.au/first_site.html
Posted by Ace at 8:05 PM

I'm glad that you reviewed this exhibition. I particularly liked the way that it worked with Skye Kelly's slowly dripping and deforming work.